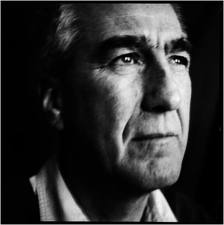 Some of these reviews: 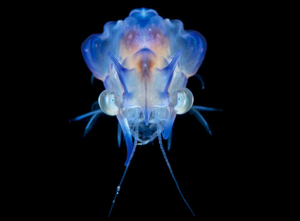 Intuition Pumps and Other Tools for Thinking by Daniel Dennett, Literary Review, July 2013

​The Tell-Tale Brain: Unlocking the Mysteries of Human Nature by VS Ramachandran, The Independent, 4 February 2011

The Rational Optimist by Matt Ridley, The Observer, 13 June 2010

The Eeerie Silence by Paul Davies, The Observer, 28 March 2010

What Darwin Got Wrong by Jerry Fodor and Massimo Piattelli-Palmarini , Prospect Magazine, 24 February 2010

Don't Sleep There Are Snakes by Daniel Everett, Indepedent, 14 November 2008

The Possibility of Knowledge by Quassim Cassam, Times Literary Supplement, 30 May 2008

The Stuff of Thought by Steven Pinker, Independent, 5 October 2007

Ignorance and Imagination: The Epistemic Origin of the Problem of Consciousness by Daniel Stoljar, Notre Dame Philosophical Reviews, 15 April 2007

The Goldilocks Enigma: Why Is the Universe Just Right for Life? by Paul Davies, Independent, 13 October 2006

The Physiology of Truth: Neuroscience and Human Knowledge by Jean-Pierre Changeux, Nature, 3 June 2004

The Genome War: How Craig Venter Tried to Capture the Code of Life and Save the World by James Shreeve, New York Times Book Review, 15 Feb 2004

The Sense of Being Stared At by Rupert Sheldrake, Toronto Globe and Mail, 24 May 2003

The Private Life of the Brain by Susan Greenfield, Independent, 10 June 2000

Iceman: Uncovering the Life and Times of a Prehistoric Man Found in an Alpine Glacier by Brenda Fowler, New York Times Book Review, 21 May 2000

Mind in a Physical World, and The Mysterious Flame by Jaegwon Kim and Colin McGinn resp, The Economist, 29 April 1999

I See a Voice: A Philosophical History of Language, Deafness and the Senses by Jonathan Ree, Independent, 21 February 1999

Phantoms in the Brain by V.S. Ramachandran and Sandra Blakeslee New Scientist 26 September 1998

The Origins of Virtue, and Bonobo: The Forgotten Ape by Matt Ridley and by Frans de Waal resp, New York Times Book Review, 11 May 1997

​Knowledge and the Mind-Body Problem, and The Myth of the Framework by Karl Popper, Times Literary Supplement, 23 June 1995

The Trouble with Science by Robin Dunbar, Sunday Independent 26 March 1995

How the Leopard Changed its Spots: The Evolution of Complexity by Brian Goodwin, New York Times Book Review, 18 December 1994

Get Shorty, and Stardust by Elmore Leonard and Robert B. Parker resp, Times Literary Supplement , 30 November 1990

Mind, Brain and the Quantum, and The Quantum Self by Michael Lockwood and Danah Zohar resp, Times Literary Supplement , 23 February 1990